Disclaimer: I do not hold any relationship with GreekGeeks or Bard, other than as a paying customer for their service.

As soon as I saw my posts published on another site having been ripped from WordPress Reader, I knew it was time for me to go self-hosted. I’d made the decision to self-host way back in April, but was waiting for my subscription to WordPress.com to run out: in December, I’d paid roughly £80 for a Premium plan, and wanted to make the most of my money. Alas, it wasn’t to be, and my hard work had been stolen.

Two weeks later, I was sat on the sofa, watching Judge Rinder, and debated whether to wait another four months, or just bite the bullet and get it over and done with. I figured the longer I waited, the more content I would have to transfer, and if something went horribly wrong, I have lost so much more. Plus, I wanted to start monetising, taking on collaborations and gifted opportunities, and knew that a WordPress.com site just didn’t have the same professional appearance. I’m no techmaster, so going completely self-hosted, in the literal sense, wasn’t an option, so I decided to pay for a third-party to host some server space for me.

I checked my bank account and decided it was now or never.

I did a little research into hosting companies, initially checking out the big brands: Siteground, Bluehost, and Go-Daddy, and found that their prices were extortionate. I would be paying a discounted first year, but full price for any future renewals, unless of course, I was to fork out near on £500 for three years, where I would receive a small discount. It wasn’t for me, so I started researching other bloggers’ tweets on the subject, and found GreenGeeks.

Like Siteground and Bluehost, GreenGeeks offers 24/7 support, secure hosting, and a wordpress.org platform. It offers free transference from wordpress.com to their servers, and its low starting price is very low. What really drew me in was the eco-friendly aspect – they state that their servers are run on renewable energy.

So, that morning, as Judge Rinder finished, I paid $106.20 (£90.59 on 16th August) for three years of hosting with GreenGeeks – a very reasonable price, especially in comparison to what I had paid for the WordPress.com plan.

My account details for GreenGeeks took a few hours to be accepted, so I spent the rest of the morning at the gym and twiddling my thumbs, but once it was, I got straight on to transferring my site over. As I’d already bought Britvoyage.com as a domain through wordpress.com, I knew I would have to transfer both, and I spent the next few hours harassing the very helpful 24/7 support team.

We started with the site itself, so I filled in a Site Transfer request form, and waited for the response. I was expecting it to take hours, but in less than 10 minutes, my inbox pinged with an email from the transfer team, telling me that my site wouldn’t look exactly as it did, and therefore asking me for permission to export. They did it all for me – logging in to my account, exporting, setting up wordpress.org, importing. All I had to do was reroute the nameservers from the old host to GreenGeeks – with help from the support team, of course.

Access to my site was intermittent for a day or so, showing a 404 error since the site no longer had SSL, which was annoying, but once I had access to my admin dashboard, I took the steps to transfer my domain name, which again, was super straight forward as they did it all for me for free. All I will have to do in future is pay the domain renewal price of $13.95 (£11.47 at the time of writing this post)

In no time, a fully self-hosted BritVoyage was live, showcasing all the posts I had previously shared!

As previously referenced, my blog did not look anything like it did through WordPress.com, which was rather intimidating. I started to search the themes available through WordPress, and spent literally hours fiddling with the customise settings. What I found, was that all the themes were free versions, and to unlock all customisable settings, I would have to purchase the theme in full – not something I had anticipated when I transferred.

I settled on a theme by Bard as I thought it was stylish and classy, paying £23 for the full package.

What I also realised a few days after the complete transfer was that most of my images had not been included in the move – ugh frustrating! As of the writing of this post, I’m still yet to completely renew all photos on all blog posts. It may take a while.

I hope this post has helped those of you who are considering moving to a self-hosted site. I was so intimidated by the prospect of it, and terrified for two whole days, that I bit all my nails down to a stump! However, in hindsight, becoming self-hosted was so much easier than I had anticipated, and I am so happy with how my blog is looking now.

If you’re considering it, just do it!

What Millennials Really Want From A Workplace 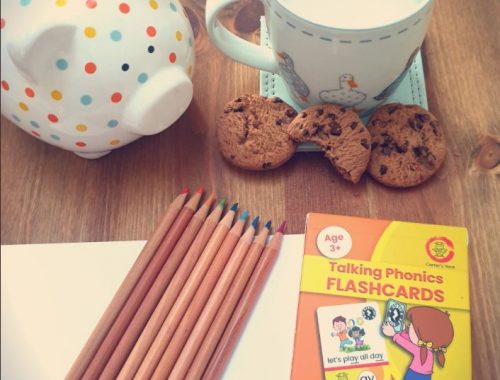 Are You Being Bullied At Work?