On a slightly frosty Tuesday morning, I rolled out of bed to prepare for my commute to a course in London. Travelling by train during rush hour is nothing new to me – I went to university in Regent Street – so I knew what I was in for: hours of waiting, then being squished like a sardine for a few hours in a tube of sweat. Even though I was enthused to learn about linguistics, the journey ahead was absolutely the reason I found it so hard to drag myself up!

By 7.15, I was stranded, shivering at my nearest bus stop, waiting for the first leg of my journey to start. The sky still had that indigo glow of the morning and I must admit, it was peaceful, even though my fingers started to numb. I even saw one of our local foxes dart out of the garden next to where I stood, throw me a glance, and leap into the shadows. But in the distance, I caught the unmistakable glare of bus headlights and the unmistakable sense of relief.

I bought my ticket at around 7.40am and once again waited for my transportation to arrive. I needed to reach Barking station to hop from the C2C line to the London Overground, but for some reason, no trains seemed to stop there until 10 past 8! Thank the lucky stars that my local station built a cafe and small indoor waiting area! I treated myself to a hazelnut latte, picked up an abandoned copy of the Metro from the floor, and almost missed the sky turn bright and white. Waiting is tedious, but flicking through bite-size articles and watching a grown man snooze while standing up certainly passed the time well, and in a flash, my train eased into the station.

I was spoilt – on both trains, I managed to claim a seat. I could probably count on two hands the amount of times I sat on the train to university, so couldn’t quite believe my luck as I got stuck in to marking kids’ homework.

‘You need to stop tryin’ to get me to run. I ain’t runnin’ Two girls stood behind me on the squashed Overground discussed how late they were, and I sat in quiet smugness. Six years ago, that would have been me, but I’d timed my trip perfectly. I knew I’d be able to take a little walk around the area before the course started, and I had already planned my adventure…

I was going to The Emirates.

After coming out of Highbury and Islington at around 20 past 9, I turned left and marched down Holloway Road. I had just under 40 minutes to make it to Arsenal’s ground, pay my respects, and locate the English and Media Centre, the hub for my Teaching A Level Combined Lit and Language course.

Can anyone go anywhere in London without being catcalled? Thankfully, this one was fairly polite and didn’t make me feel uncomfortable. So I raised my eyebrows in response. Indeed, I had been smiling, and why wouldn’t I when I was making my pilgrimage towards the Holy Land?

And there it was – glorious as ever!

There’s something quite sublime about standing outside your favourite team’s stadium on a crisp January morning. Usually, people looking at this building would be barged from left to right, hearing shouts, chatter and horns, but it was deathly silent – like it was just me and Arsenal. I appreciate, I must have looked ridiculous, but I didn’t care.

Thankfully, the walk back wasn’t as rushed. Because I had marched to the ground, I had a solid 25 minutes to wander back to the station, and on to the course. The inner flaneur in me erupted, and I was alert to every rev, beep and tap of Holloway Road, spotting the landmarks of the area – London Metropolitan university (I received an offer from there and could have gone), the North London Buddhist Centre, Cookies and Scream Vegan and Gluten Free bakery, and the beautiful St Mary Magdalene Church.

I also spotted The Famous Cock, the pub with the most hilarious name I’ve ever seen. Had it been post-lunch, I might have popped in for a drink, but boozing before 10 isn’t really acceptable, so instead I went to Pret A Manger, where purchasing the luxury of a museli yogurt caused my bank to block my card.

The course was fantastic – I learnt so much and felt as though I was back at university. I didn’t even mind that I was setting off for home as rush hour was beginning. On that note, my journey home took half the time than the way in (due to lucky timing) but I didn’t manage to get a seat, which was a shame, because I swear the march to The Emirates gave me shin splints – they were aching for days afterwards!

As my train pulled into my local station, a soft dusting of snow began to fall in the winter darkness, and I knew my adventure was finally over. What a refreshing change from a stuffy half hour drive through Essex, listening to the same song on the radio every day. I wonder if other, more seasoned commuters ever take some time to enjoy their city. 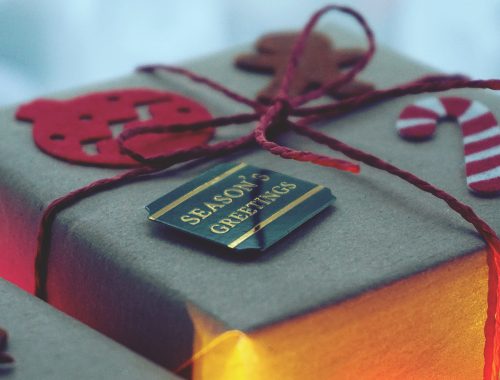 Why Remembrance Sunday is so important in the UK

Are You Being Bullied At Work?