On Valentine’s Day 2020, I had a little cry as I took Ted for a crisp morning walk. In a little over an hour, he would be dropped off at the vet’s in preparation for his operation. He’s our first dog; we didn’t know what to expect, and I was nervous. In this post, I’ll be sharing our experience of what happens when you neuter your dog.

Ted is a boy, and as such should have had quite a straightforward procedure. When vets neuter a male dog, they make a small incision in front of the scrotum, remove the testicles, and sew it up. All under general anaesthetic of course. To neuter a female dog is more complex, and more invasive. Because female reproductive organs are internal, an incision is made in the abdomen, and the uterus and ovaries are removed.

Our poor Ted had two major issues. One was a hernia in his belly button, which we requested to be fixed during the operation. The second was a retained testicle. We realised quite quickly after we got him that his left testicle was hiding from us. Within a few months, his right one was there for the world to see, but his left seemed to be trapped somewhere in his abdomen. We waited over a year to have him operated on, just to give his poor little testicle a chance to escape, alas it never did.

Therefore, what should have been an easy little snip, became a frightening scenario. The vet had no idea where his testicle really was, nor how large his hernia was. I was terrified I’d lose my dog on the operating table.

I arrived home from work moments before Dan did with our boy. I had no idea what to do with myself as I watched him gingerly lift Ted out of the car and carry him to the front door. The vet had found his testicle fairly low in the abdomen (thankfully) but realised that his hernia was much larger than he initially thought it was. Instead of one small incision, Ted had three in his genital area, and one huge slice across his belly button.

He looked like he could have been dead. Ted’s eyes, which are usually bright and emotive, were dull and sad. Instantly I could tell that he was still feeling the effects of the anaesthesia – having been under myself, I know that the first few hours out are groggy and unpleasant. I imagined it would be even worse for a dog.

Our poor boy spent the rest of the day laying dazed and woozy, wearing his plastic cone of shame. Just look at how glazed his eyes are in the photo. He groaned in pain every time we lifted him to take him to the toilet, and I felt sick knowing he must have been in agony. The vet did give us painkillers to put in his food, but I wasn’t sure how effective they would be. His wound was raw and bloody, and we had to adapt the way we lifted him so as to not hurt him.

The first night after you neuter your dog is the worst. Ted sleeps on our bed, but I was terrified that he would fall off in his disorientated state. He couldn’t settle at all, getting up, groaning in pain, circling the bed to try and find a more comfortable spot. Luckily, we had a futon set up in our spare room which was much closer to the ground. Full mum mode kicked in, and I lifted Ted out of bed to spent the night in the spare room slipping in and out of incredibly light sleep. I don’t think I slept for more than a few minutes at a time throughout the entire night so that I could make sure that Ted was okay.

Throughout the week following his operation, Ted found it incredibly difficult to pass urine and faeces. We could tell that every time he tried to poop it hurt his underbelly. He refused to lift his leg to urinate like he usually would. He also couldn’t poop with his cone on.

You’re meant to keep dogs’ cone on 24/7 to stop them from trying to bite at their wounds, but Ted struggled with it so much. Eventually, we removed his cone so that he could eat and toilet, although, we did have to put him on a lead whenever we took him outside.

He was such a good boy though. Not once did he have an accident indoors, and he ate his dinners. His stitches healed fairly well, but in our vet appointment a week after the operation, they recommended that he have a little longer in the cone, as the wounds were quite large. Instead of 7 days healing, Ted had about 12.

After a month, Ted was back to his normal self, having almost completely forgotten about his ordeal. A meeting with a nurse a few weeks after his op confirmed that his wounds had healed well, and there was no concern of infection.

The memory of that first day is still so vivid in my mind. I’m not going to forget the trauma that our puppy went through, and how awful it made me feel to do that to him. Yes, there really is a sense of guilt when you neuter your dog. However, our boy is healed and healthy now, and fingers crossed has a long life ahead of him. 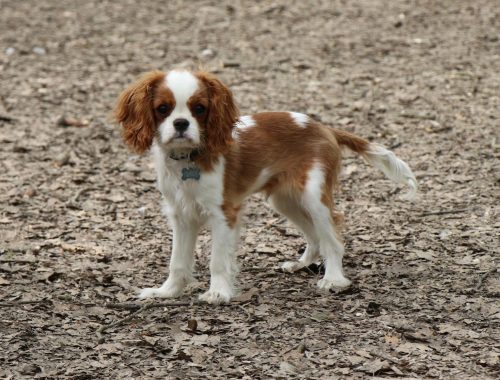 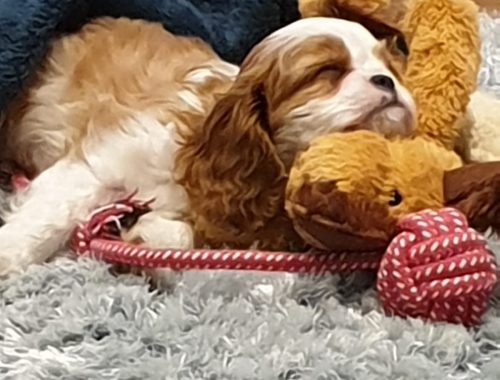 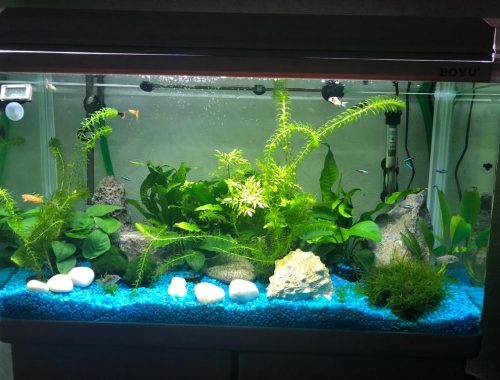 What No One Tells You About Keeping Tropical Fish