Not so long ago, Ted and I experienced our fourth unpleasant experience with a big dog breed and its owner in just three months.

In short, a German shepherd off the lead completely invaded Ted’s space, and its owner did nothing – no apology, no acknowledgement. As we walked away, Dan said ‘An apology would be nice‘, and within an instant, the man had abandoned his two small kids, and his dog, to square up into our faces, telling us that we’re pathetic, its our fault that our 6kg dog is frightened of his probably 30kg dog, and we are treating him like a baby.

The three preceding incidents were similar, but with a husky, a cockerpoo, and two foxhounds. In all but one of the cases, the dog was off the lead, and the owner became aggressive, borderline violent, and made threats. Why is this acceptable behaviour? Why can’t people with big dog breeds understand the concern we might be feeling?

Ultimately, this isn’t about the dog at all, it’s about the responsibility of owners.

Ted has been attacked on multiple occasions. Luckily, he has escaped with a few knocks and bumps (other than the cat scratch he got for being a nosy puppy) but what was once a happy, friendly dog is now incredibly cautious of large dogs. When approached by a large dog, Ted will run behind me or Dan in an attempt to escape – he clearly doesn’t feel safe. Instead of identifying this behaviour and apologising, the owners I have come across have verbally abused us, just for trying to protect our tiny family member.

It’s our responsibility as dog owners to have control of our dogs, and be considerate of others. In my experience, this is something I do see a lot, but still not enough.

Think of it this way. We never truly know if our dogs will attack – they are animals, after all. We never truly know how our dogs will respond to fear and feeling cornered. If my 6kg Cavalier King Charles Spaniel that can’t even chew through a bone bites a larger dog, it will barely injure it. If a German shepherd bites Ted, he will probably die. We keep Ted on a lead around other dogs just for this reason.

I refuse to be the person who has to carry my dog’s lifeless body into a vet, to be told it’s too late.

I would put all my money on you telling off your 12 year old, taking responsibility for their actions. So why is it not the same for dogs?

Not 10 minutes after our interaction with the German shepherd and the excellent example of a dad, Ted approached a golden retriever (also off lead) with a wagging tail and enthusiasm. Not exactly what a poorly socialised dog would do, is it? You know what? I’m annoyed.

Small dog owners’ caution around big dogs is not us ‘babying’ our pets. It is not us not allowing our dogs to socialise properly. It is not us being pathetic.

It is us trying to protect something we love from potential harm.

If you are a big dog owner, I implore you to digest this message. We are a community and should be looking out for each other, protecting each other. Please accept that your dog is a risk to smaller dogs, even if they have never attacked before. Please take hold of your dog if they have a habit of coming a little too close to smaller dogs as they might be frightened due to previous experiences. Please don’t attack – verbally or otherwise – small dog owners that are just worried for the well being of their dog.

And if you are a big dog owner who already does all of these things? Thank you – I appreciate you!

Ten Novels by BAME Authors You Must Read

How to Pack your Bag for a Summer Day Out 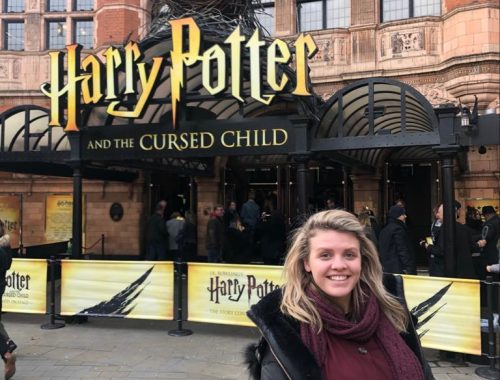 Five top tips For UK travel with your dog