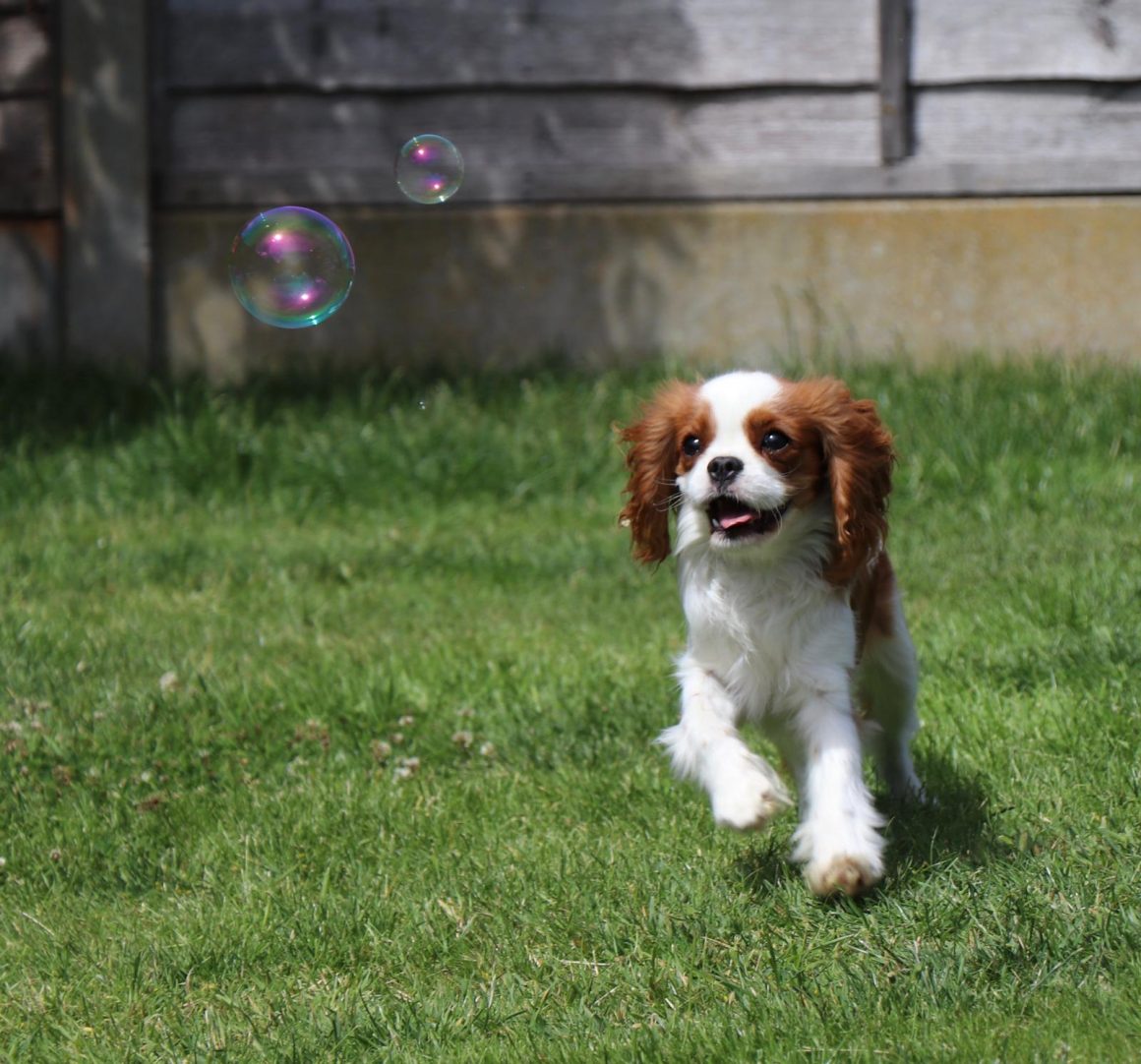 Almost one whole year ago (as technically it was the 2nd February) Dan and I collected our little fluff nugget and brought him home. A whole year! In that time, both Dan and I have had some great times, some awful times, and learnt a lot about puppies.

Ted has such a personality. He loves to sit on the sofa and gaze out the window; he will attempt to say hello to every dog, child and elderly lady he sees; he will desperately try to catch pigeons in the garden; he seems to love licking water off our decking. Weirdo!

He also seems to be a target for other dogs. Perhaps it’s because he is so masculine and terrifying… In only a year, Ted has been clawed by a kitten, punted by a miniature schnauzer, and bitten by a Jack Russell. He has next to no sense of self preservation, running to play with the biggest, meanest looking dogs. The only time he does back away is when he spots a fox in our garden – I think he can tell it would eat him alive.

But we love him and so do our families. Even my mum (who is definitely not a dog person) has a soft spot for him. I see you giving him chicken when we’re not looking! Without doubt, the family member who adores him most is Rolo, Dan’s sister’s dog. He’s a miniature daschund, Ted’s favourite cousin, and the perfect play mate. Ted has just started recognising his name and sulks if he hears it.

In our Six Month Pupdate (as with all our pupdates) we set ourselves a few targets that we wanted to achieve. Unfortunately, from here on in, the feedback isn’t as positive.

We want him to get into a good routine for the morning, so Dan can catch a few more winks.

This one is still a little on and off. If I’m up early enough to take him on a walk in the morning, he’s usually fine. Sometimes, he’s no problem at all. Sometimes, Ted has clearly been on the Red Bull, and doesn’t stop running around the house. Frustrating to say the least, since Dan always needs a sleep in the evening when Ted’s been a pain.

I’ll be honest: I’m not sure if this is something we can perfect.

Move from the Puppy Improver to Beginner’s Obedience class.

This is a target we utterly failed. Primarily because I am stubborn and salty. We were taking Ted to puppy class regularly, but by the summer, I felt as though we were doing the same thing on a weekly basis that Dan and I could easily do at home or in the park.

I also didn’t quite get on with some of the members of staff – the reception staff were particularly rude – so I didn’t feel comfortable handing over my hard earned cash to people who can’t even say ‘thank you’.

On the plus side, in September, Ted and I went to the Essex Country Fair and we had a go at a few dog shows. Ted only went and won one! Say hello to the Third Best Mover and Number One Friendliest Dog – does it make me sad to say I was really proud?

Have a smooth trip to Wales this summer with no doggy accidents in the back of my car or the accommodation, and no destruction to the rooms.

It’s about time we got to a target we actually met! Aside from Ted’s howling in agony every time Dan or I walked four feet from him, the trip to Wales went as smooth as a baby’s butt.

In the space of ten days, we took Ted to the beach, up the battlements of three castles, to the zoo, and on a boat. He was an absolute star. Not a single indoor poop occurred nor any damaged furniture in our accommodation. However, he did bully his way into our bed, and hasn’t left it since. Now I have a smelly bedfellow.

What’s coming up for the future?

This year will likely be as eventful as the last, but I’m hoping for as much success!

So unfortunately, you’ll have to wait until 2021 for a new Pupdate. Don’t panic though, 2020 will bring you loads of new dog content, featuring our Ted.

Fighting Back the January Blues

The Best Things to do in Meon Valley

10 locations that should be your UK holiday after the pandemic

#10 Year Challenge – Reflection on a Decade 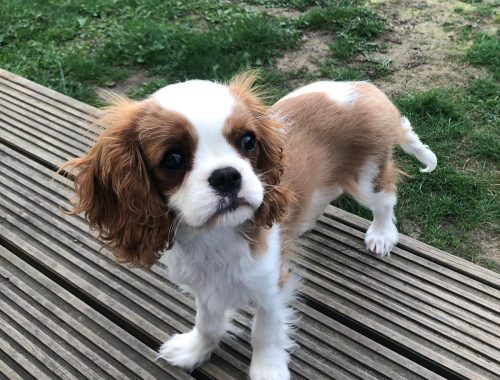