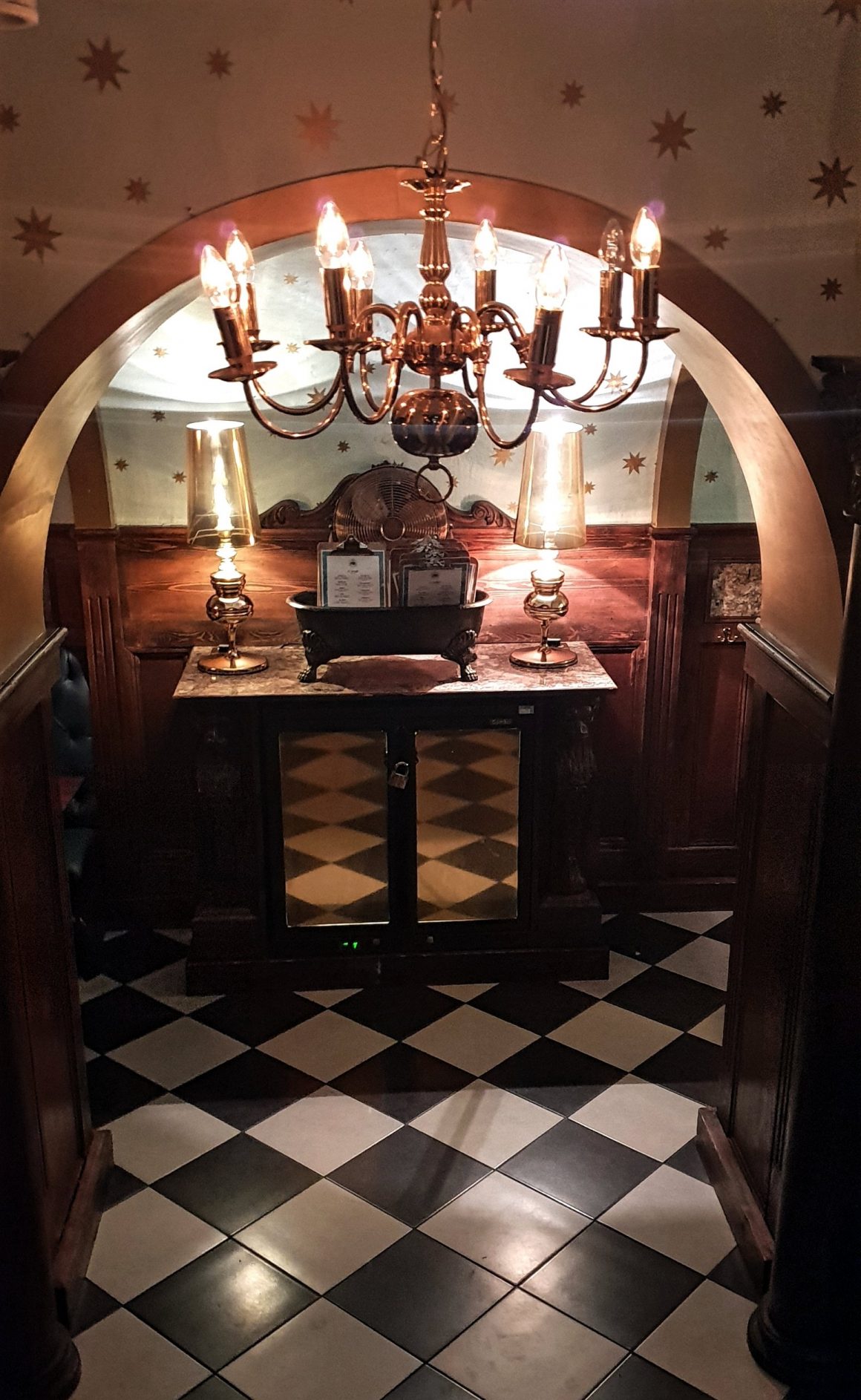 Independent review| A trip to Covent Garden is almost always a great night out. Only a two minute, fairly scenic walk from the station, is The Escapologist. Luckily, even though it was the HQ for a Victorian secret society, it’s not particularly difficult to find. It’s directly opposite Cambridge Theatre, where Matilda the Musical is being performed, and would probably be a good stop for anyone off to see the show.

When we arrived, we were asked by a security guard if we had a reservation. Our friend (whose birthday we were celebrating) had booked through the online system and had already arrived. We were then asked to wait for a few minutes because the clipboard with reservation information was not actually at the door. Eventually another member of staff arrived with the list and clarified that, yes, we did have a reservation, and yes, we were allowed to enter.

We were directed down the stairs, into the great hall, and then to the left, into what I guess – from the website – was the Vault. The foyer of the Vault is fairly elaborate, in-keeping with the Victorian secret society theme of The Escapologist. Our group was seated in one of the booths, which I expected to be a tad larger and dressed with more ornate trinkets.

Because I arrived slightly later, I wasn’t able to benefit from the half price drinks that my group were pushed to order. It was quite a large order, and the staff had brought them one less Jagerbomb, which they discovered hadn’t actually been added to the bill. I ordered my only fairly reasonably priced cocktail of the night, and was almost in shock at the size of the accompanying Prosecco shot – it was huge!

The group then ordered pizzas. My friend and I picked the Texan Chicken, while the rest of the group ordered a Tricolore (vegetarian). On arrival, our pizza had pepperoni on it and no chicken – disappointing. Moreover, the food was delivered, but the table wasn’t cleared of empty glasses. My friend and I had to clear the table, ditching the glasses on the lovely fridge in the foyer of the Vault.

We tried to leave the booth to have a dance, explore the bar, and take in the atmosphere. There were great music choices, but I felt the vibe was better suited to people on a first date. I saw a lot of arm touching. Despite it being fairly busy, we left at 11pm. This was possibly too early, but the internet does say the bar shuts at 12.30am.

On leaving, the group went to pay and found a number of drinks added that they had not ordered. I’d paid my way and left by that point.

Overall, as my friend said, ‘we could have been sat in any nook‘. For a bar selling the Victorian secret society theme, the decor was forgettable – not exactly an Instagramable choice. Plus, there were a few inconveniences to the evening that mean that I’m unlikely to return for a birthday nibbles and cocktails night. However I would pop back in for a drink at the bar before a show in the area.

Have you had a similar experience, or a totally different one at The Escapologist? Have you got a favourite bar nearby that we need to know about? Leave a comment below.

How to Spend an Afternoon at St David’s 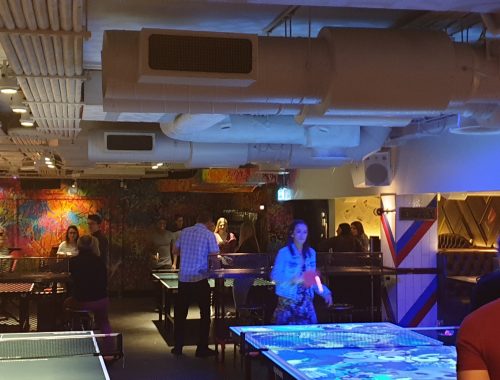 Drink and play at Bounce ping pong club in London