An afternoon walk in Wareham Forest was not something Dan and I had committed to our itinerary when we were planning our holiday in Dorset. Instead, it was a spur of the moment decision, from driving past the Sika Trail car park on the route home from Corfe Castle, and spotting a leaflet tucked in the drawers in our accommodation.

We pulled into the car park and I tried to get my bearings of the route to follow. Thankfully, just ahead, there was a large information board that directed us. We decided to follow the purple signposts – the Woodlark Trail – rather than tackling the entire Sika Trail. The area is a cycling route, but the Woodlark Trail is designed for walkers who happen to be in the area.

When we left the car park, we followed trail to the left. The path was surprisingly wide, but I suppose it has to be – you can’t expect cyclists to ride in tandem on their designated path. As we walked, we enjoyed the warmth and views of the forest. The trees blocked any breeze, so it felt almost tropical.

The signpost suggested we look out for woodlarks and other birds, but we couldn’t see any. We turned left at a post and diverted onto the main Sika Trail, when we spotted an animal we weren’t expecting.

It turns out she wasn’t the only one, as we noticed little (or rather large) heads bobbing amongst the ferns. Ted was desperate to say hello to the cattle. I was a little less enthusiastic – I had vivid flashbacks of the time Dan and I were chased by sheep. I’m not risking a cow!

We managed to tear the boy away from his new friend, and continued on to find at least ten more sitting in the road. I was slightly anxious to walk past them so closely. However, they were very docile.

Soon, we approached a fork where the road split into three. If we had continued left, and crossed a bridge, we could have reached Morden Bog National Nature Reserve, but I was pregnant and could only manage an hour of walking or so before needing a break.

Instead, we continued along the path on the right of the signpost, to circle back towards the Sika Trail car park.

It was at this point that we saw our first group of cyclists! We had spent almost the entire walk alone, so it was a bit of a surprise to actually see other people. Without doubt though, my favourite part of the walk was the ferns and the flowers that ran alongside the path.

It’s a shame we didn’t get to see a woodlark. Perhaps you’ll see one on your visit. 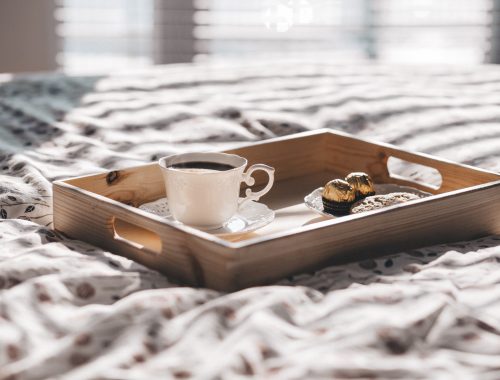 How to spot a great B&B

Book a UK staycation over a holiday abroad today 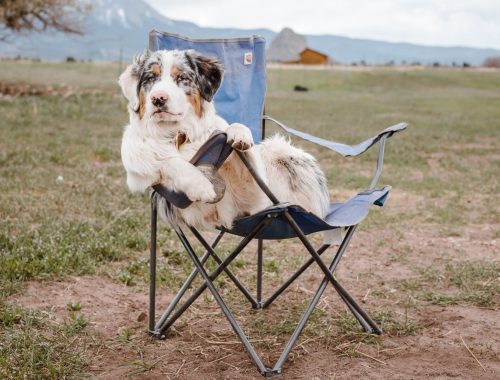 Taking your dog on holiday in the UK: the ultimate guide