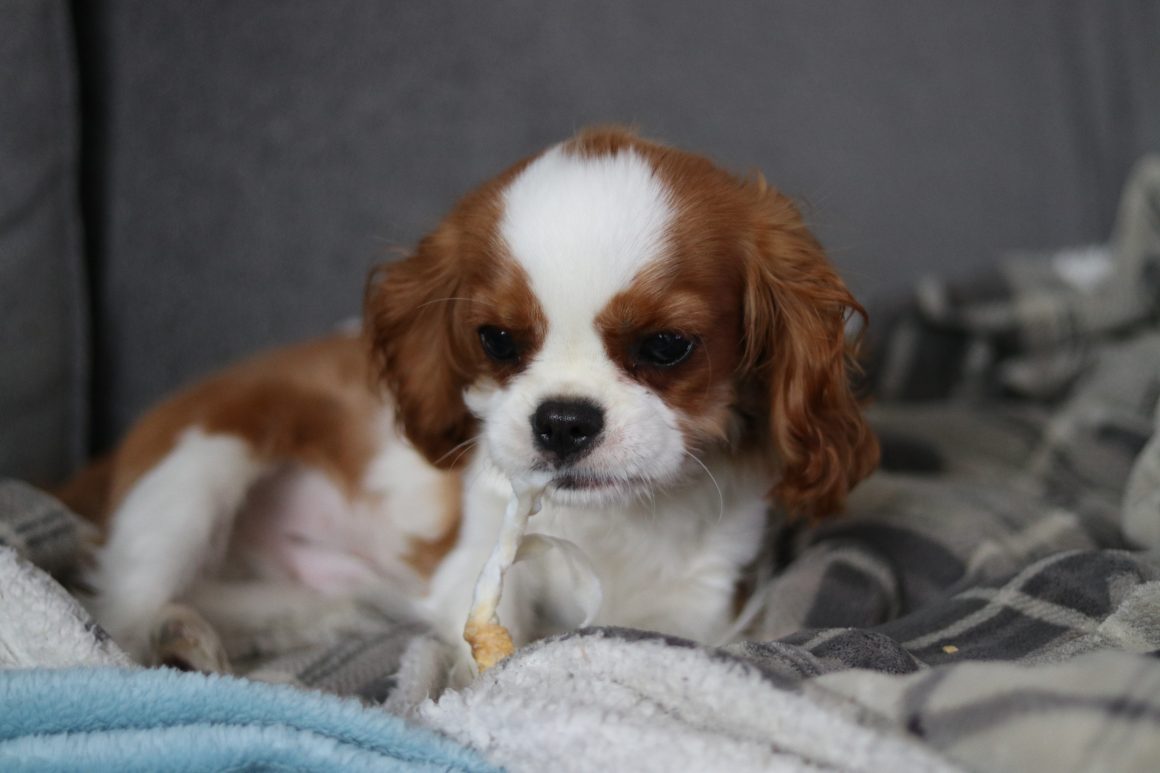 In one of my previous posts, I broke the news that we were expecting a puppy. Time flew by and within no time, we had a tiny, living creature bounding around our house. It’s not easy with a ten week old puppy!

Related: Five things to know about your first puppy

Trust me, it’s been hard

Five days into our new life with Ted, our house became an infirmary. I was struck down with my fifth illness in three and a half months, and was warned that I was at risk of pneumonia by my GP. Then Dan caught whatever virus I’d been incubating along with my RTI, and he became ill too. In all honesty, I think I needed to nap as much as the dog did, and there was nothing worse than having to get up to let the dog out or attempt to play when your chest hurts from just breathing and you can’t hear from persistent ringing in your ears.

Here’s how to survive the first two weeks together

I was nervous about the drive home with an 8 week old puppy – it was up to me to make sure we were safe and didn’t plough into the back of anyone for the full hour from Kent. Ted slept for most of the drive on Dan’s lap, but grew restless in the last 15 minutes or so, and I had to make it back quickly.

Ted explored his new home and garden with enthusiasm before claiming our fluffy blue rug in the living room to himself. All his toys now live in the centre of our living room, and if we try to move them, he puts them back!

A ten week old puppy understands that their new home is their home. They start building confidence in exploring the area and even claim some of the house for themselves.

The first night is tense for any new puppy owner. Ted would be leaving his mum, a brother and sister, and about 15 other Cavalier King Charles Spaniels. He was to sleep in a crate in our bedroom, and I was fully prepared for him to wail for hours, keeping the neighbours awake in the process.

Before we took him up, I cuddled him under our dimmed living room lights, and tried my hardest to make him feel tired and comfortable. Initially, he didn’t want to get in the crate, so I had to physically place him in. He cried for a few minutes then to our absolute shock, settled to sleep. About eight hours later, he whimpered for us to let him out, and we realised he’d waited for us before he had a pee! I was so proud!

Not all dogs slip into the night time routine as easily as Ted. He obviously had good practices cemented from his breeder, however, by the ten week mark, the puppy should know the routine, regardless of whether they accept it or not. Keep persisting – it’s your house, your rules. Remember to praise and treat your puppy every time they do something right, even if it’s spending a night in the crate.

Once they’re past the ten week old puppy stage, you might want to free them from old routines and that’s okay too. Ted was crate trained. It got hot in the summer so we let him sleep on the floor by the bed. Now he sleeps on our bed with us.

Despite the first morning being a success, a new puppy doesn’t come without their fair share of accidents. In one week, we’ve had poop in corner, poop in bedroom, poop in living room, poop in general. I’ve scrubbed poop of the floor more times this week than I ever have in my life – namely because I had never scrubbed poop off the floor before!

Toilet training takes time, and a ten week old puppy won’t have it perfected for a few months yet. Don’t feel disheartened when you find a little deposit in a corner of your living room.

Ted also did roll backwards off the sofa, but thankfully landed the right way up on the rug. There was no yelp and I gave him a good feel afterwards, so I’m pretty sure he was okay.

The worst part of our first fortnight has got to be taking Ted for his vaccinations. Aside from the challenge of trying to find a vet that offers Lepto 2 shots, keeping Ted calm sitting outside the room was stressful. We babied him while other, bigger dogs whined and cried, clearly unnerving him and making him whimper too.

When he had his jab, he cried, and if we touched his back later in the day, he cried then too. It was like having a completely different dog – he was lethargic and looked miserable. But the next morning, he was back to his usual frantic self, racing around our garden.

When we took him to get a check up afterwards, he shook in terror at first, but soon calmed down when he met the vet. The experience was a lot more positive the second time and Ted even had a good lick of the nurse.

Babies cry when you stroke their head and go ‘owww’ – they think they’re in pain. Dogs aren’t much different! If you make a big deal about going to the vet – speaking to them in a baby voice, cuddling them, consoling them – they think it’s a big deal! Lots of praise and a couple of treats, and they should be fine!

It’s not been all bad – we’ve actually had quite a few successes. Ted
goes to sleep perfectly every night. He can get off the decking into the garden by himself, and can get back into the house! We live on a hill so have a dropped garden. He met his grandparents and cousins, and only bit them a little bit. Sometimes eats all his food. He’s getting used to going in his play pen in the mornings – which we had to work on so I could get over my illness.

Overall, aside from the debilitating sickness, I am thrilled with how our first two weeks have gone. We have a brave, intelligent puppy, who I can’t wait to look after for the rest of his life.

If you have a puppy, what were the ups and downs of your first few weeks? If you’re planning on getting a puppy, what things are you worried about or looking forward to? I’m no expert, but I might be able to help. Comment below!

PS. If you can’t get enough of Ted, follow his insta!

[Gifted] This is motherhood.
I can assure you, this is a lot more imposing in real life.
This scheduled post may not have aged well...
Is this Corsica or Dorset?
The best thing about the spring and summer months in the UK are 100% the flowers. I'm a sucker for wildflowers - bluebells in May are my absolute favourites.
AD| The pandemic has been tough on people in relationships (like me), but has also had a huge impact on all the singletons out there. How are you meant to meet your Prince Charming when all the pubs, bars, and clubs are shut?
This website uses cookies to improve your experience. We'll assume you're ok with this, but you can opt-out if you wish. Cookie settingsACCEPT
Privacy & Cookies Policy