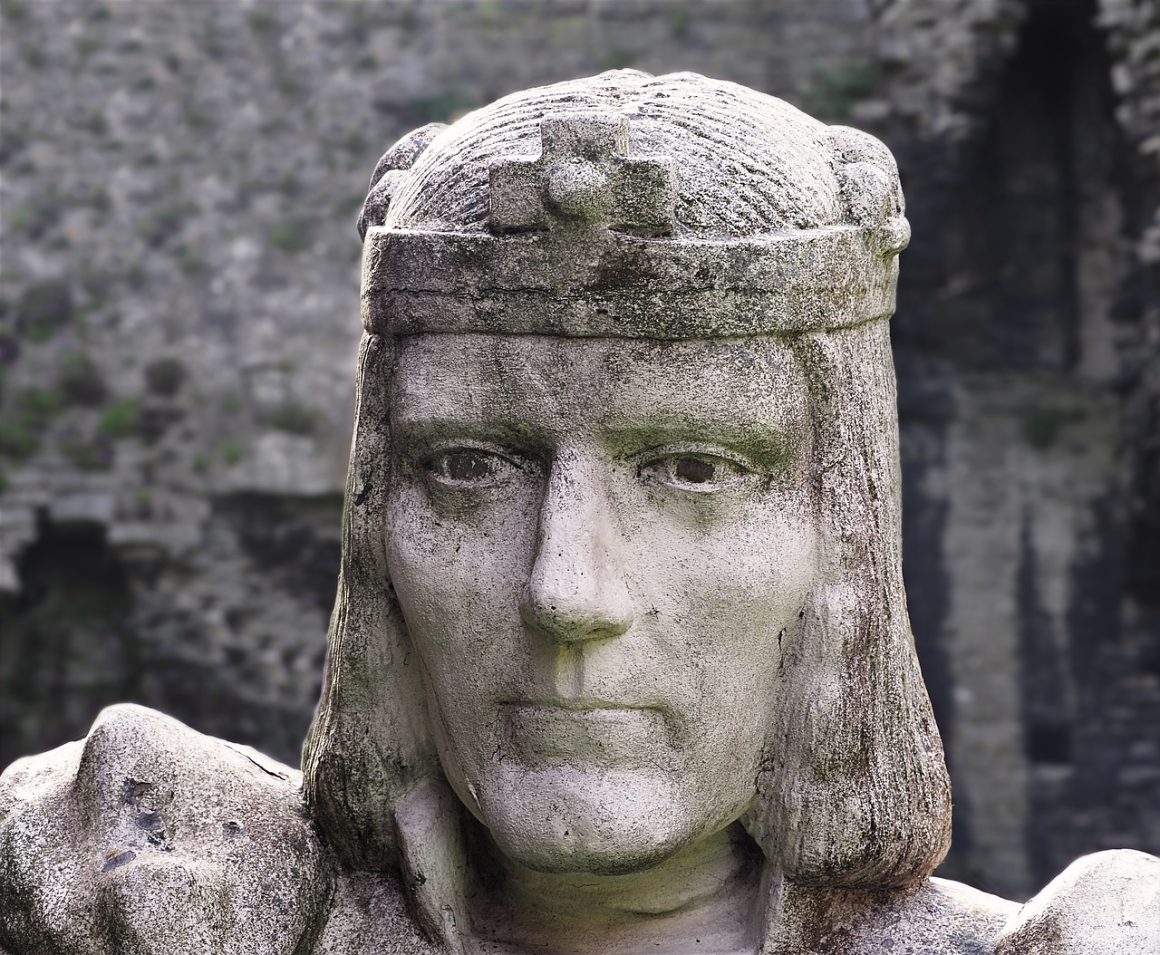 Guest Post| Hey guys! When many people think of British staycations, Leicester is not usually at the top. I do not think that is for any negative reason, but there is always somewhere a tad more exciting. However, having gone to university in this city, I can safely say that it is such a cheerful place with so much to do. So let us continue to find out some of the best Leicester tourist attractions, and why it may be worth a visit.

Right in the heart of the country! It is 2 hours and 20 minutes from London and 1 hour away from Birmingham – so an easy day trip!

Related: Why you should visit Lincolnshire, by a local!

Leicester Tourist Attractions – Where To Go?

With every major city comes a major shopping centre. Even though it is pretty generic and typical for a city, it is definitely a key part of Leicester’s tourist attractions. Highcross is relatively new (built-in 1991 and re-developed since) and hosts 144 shops and services over 2 floors (and 4 floors in some department stores). And what’s better? It closes at 8 pm, so no rush to do your last-minute shopping!

Built-in 1876, Abbey Park was inserted to control flooding. Nowadays, it is a gorgeous place to perch and relax, while surrounded by lovely greenery. Perks of the park include a bowling green, five hard surface tennis courts, orienteering courses, a lavender maze and Ping! table tennis tables – perfect for a family day out!

Unlike other cities, the universities within Leicester are commonly overlooked – yet they are a key part of the city. When in Leicester, feel free to walk around the University of Leicester and De Montfort University campuses, where new and old blend perfectly within the city. There are plenty of places to sit within the campus and grab something to eat or wander into the student unions and reminisce about the “good ‘ole days”.

A prison as a tourist attraction? Don’t ask! Funny thing is, every time I walk past HMP Leicester, there was always someone taking a photo of it. However, the prison looks like a castle. No idea why, but it has become a staple of Leicester culture. It is still in use and holds around 400 prisoners!

When in Leicester you are constantly reminded of the fact that Leicester won the league. There is football related street art everywhere! If you have a few free hours, see if you can catch a game – tickets are pretty affordable and it’s a great opportunity to see world-class players.

Just as they are known for football, Leicester is also known for Rugby. Leicester Tigers are one of the best teams in the country, and when in the city, it is great to go and watch a match. Even cheaper than football, rugby has some really loyal supporters in Leicester.

Leicester is definitely one for weird news. When making an ASDA car park, they found the remains of King Richard III. After some thorough research (to make sure it was the right person), a proper burial and funeral took place. There is now a museum to honour the monarch and the Plantagenet reign. Tickets are £9.25 for adults and £4.75 for children – and taking around 90 minutes to complete. The best part is that tickets are valid for a whole year, so you can go back time after time as different events pop up!

New Walk Museum is one of the oldest public museums in Britain, opening its doors in 1849. In its collections are works revolving around science, art and history.

This is what they say about their exhibitions on their site:

“Leicester’s collection of works by local Arts and Crafts architect and designer Ernest Gimson (1864-1919) are displayed in a dedicated permanent gallery. Gimson designed furnishings in many different materials, and the gallery includes examples of his rush furniture, cabinets, embroidery and metalwork.

Gimson’s work is shown alongside pieces by his closest friends and associates, such as tiles by William De Morgan and designs by fellow Leicester-based activist and designer Harry Peach. There is also be a display on Stoneywell Cottage, the Leicestershire house he built for his brother.

Further thematic galleries focus on a diverse array of subjects, from Ancient Egypt and the lost world of dinosaurs to Lord Attenborough’s Picasso ceramics and one of the most notable collections of German Expressionist art outside Germany.”

Leicester is lucky to have a lot of boutiques and stand-alone stores along little side streets. When in Leicester, try to support local businesses, and get all the vintage clothing, books and records you need. They really are the bread and butter of the city. Alongside this, there are more coffee shops than you can count in Leicester. Almost all of them are open in the evening and turn into bars, restaurants and ice cream places. As I have always said – a coffee for every mood!

This is the main attraction of the city. The University of Leicester funds a lot of space research within the country and is lucky enough to have active astronauts as lecturers. If you have some spare time, have some fun in the National Space Centre. A ticket is valid for a year, and it is perfect for children – as well as hosting guest lectures and “Space Lates” in the evenings for inquisitive minds.

I love the Golden Mile – and many don’t even know it exists. In my opinion, it is one of the best Leicester Tourist Attractions, as it is like entering a miny city! Here you will find all the Indian gold, snacks and restaurants you ever need, in one place. Every year at Diwali the council host a huge celebration (the biggest in the UK) with fireworks, a funfair, and a parade. Definitely worth a visit in November for an evening of fun!

I hope this has helped to whittle down some of the best Leicester tourist attractions! If this is your sort of thing, check out my posts on UK Staycations, 24 Hours in Lincoln, and What To Do In York!

Sophia from sophiapatel.co.uk started blogging in 2015 as a beauty blogger, but now on her blog, she loves all things home, finance, travel, and well-being. If she is not blogging, you’ll find her binge-watching Netflix crime dramas, cleaning, renovating her house or experimenting in the kitchen.

My top three Canary Warf bars for a fun night out

Why gaming on holiday is absolutely fine! 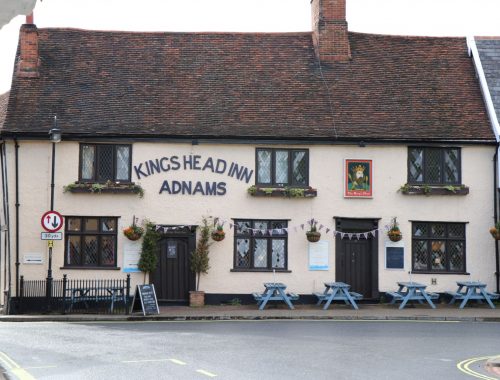 Looking for short breaks in Suffolk? Stay in Woodbridge 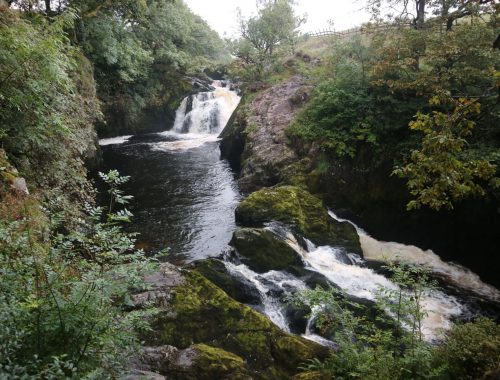 Best things to do in the Yorkshire Dales 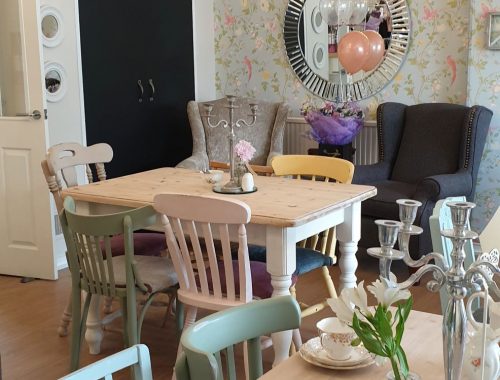 Enjoy a perfect afternoon tea at By George of Thundersley