During the summer holidays, Dan and I spent a couple of days in the Cotswolds to round off our holiday to Pembrokeshire National Park. We picked the sleepy village of Stow on the Wold as our base, and picked a couple of nearby attractions to visit. Since we had Ted with us, our options were quite limited, so we looked for zoos in the Cotswolds visit. I know zoos and wildlife parks aren’t for everyone. Dan and I hate to go to places with a poor reputation for the treatment of animals, but the Cotswold Wildlife Park has its own conservation programme to protect animals in Madagascar. We felt we could justify a visit.`

Related: The Stag at Stow, a perfect stay in the heart of the Cotswolds

We woke up to a warm Sunday morning; perfect conditions for exploring an outdoor attraction. It wasn’t long before we were rolling through the entrance, paying roughly £30 for the pair of us, and finding a car parking space. We quickly realised there were no gates or turnstiles to pass through: we were in, and able to nip back to the car at any time. We did also realise that there were no paper maps – environmentally friendly, but slightly awkward.

Despite the collection of exotic animals in the park, Ted was much more interested in the other dogs. I was surprised by how many families had brought dogs along with them; I was definitely expecting to be one of the only people with a four-legged family member.

In comparison to places like Longleat, Colchester Zoo, and ZSL Whipsnade, Cotswold Wildlife Park’s exhibits seem quite basic. The website’s slogan is ‘Closer to Wildlife’ and having just a thin fence and ditch between us and the grazing megafauna means they’re not lying! On our loop past lions, giraffes and zebras, we realised that although the park was dog-friendly, there were a number of areas that we could not take Ted. All indoor areas, and the enclosures between the zebra and petting zoo were off limits for us. Admittedly, I was a little disappointed.

Related: Take your dog on holiday this year with this ultimate guide

We were forced to skip seeing wolves and cassowaries (what is a cassowary? I guess I’ll never know. Dan and I took Ted to see the delightful collection of farmyard animals at the petting zoo. I particularly enjoyed seeing the donkey, but Ted was definitely more preoccupied with trying to catch the chickens. It turns out our Ted has a bit of a vendetta against birds, and we’re not sure why!

I felt a little dejected as Dan and I wandered back towards the entrance. We’d paid quite a large price to enter the park, but at that point, I was concerned we had seen all we could with a dog. We passed a few enclosures keeping owls, and were stopped in our tracks by a pair of Ruppell’s Griffon Vultures. In no way does my photo do them justice, but these creatures were both monstrous and magnificent!

And the vultures were not the last birds we were to see in the wildlife park. There are bird specific zoos in the Cotswolds, so we might have seen something more exciting, but near the wolverines, we discovered a forest clearing – the home of a circle of feathered friends. Dan gawped in fascination at the kookaburra; I liked the green aracari, and Ted was happy to growl and bark at a couple of pink pigeons. You can’t please everyone, I guess.

Ted seemed to be a lot more excited when we found our way into the walled garden. The location displayed some of the most beautiful arrangements of plants I’ve ever seen, and a selection of family favourites. The park was not as busy as I had expected it to be, but there was quite a crowd around the penguins. We couldn’t let Ted miss out on the fun, so Dan picked him up to give him a look. Ted’s tail was a propeller as he watched them diving in their pool and waddling around in front of him. It was the same for the meerkats too. Ted growls and barks when he sees them on TV, but in person, he just wanted to play.

The real highlight of the walled garden for me was the otter enclosure. I have a soft spot for the little critters; I could have watched them bob up and down in their artificial river for hours.

Ending the visit on such a positive experience made the morning at Cotswold Wildlife Park worthwhile, even though we weren’t able to see all the animals. The park is perhaps a little overpriced in comparison to Colchester, Edinburgh, and Longleat, which have a wider selection of animals, and enclosures which appear to be larger and more like a natural environment. However, if you don’t visit, they can’t improve.

What Brits Really Think About Halloween 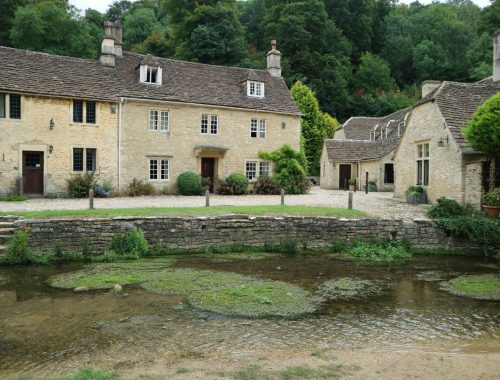 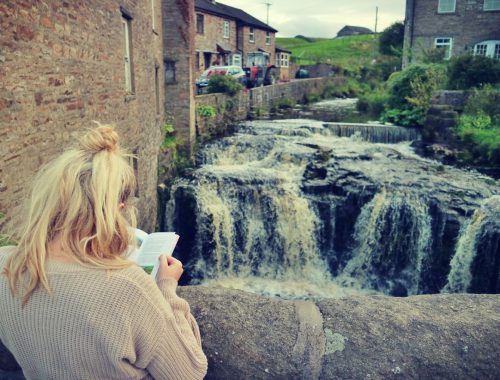 Hawes to Hardraw Force: an easy circular walk in the Dales 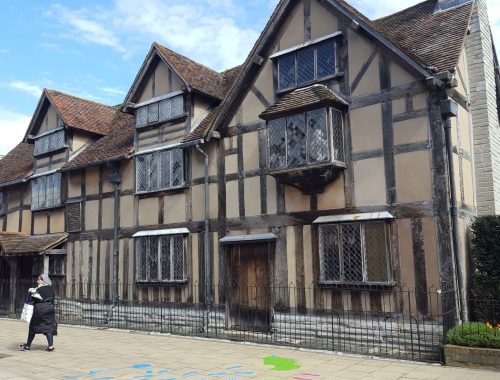 Shakespeare things you must do in Stratford Upon Avon