Independent review| As you may already know, Dan, Ted, and I spent May Day weekend in Suffolk, to see what Woodbridge and the surrounding areas had to offer. After our morning exploring Sutton Hoo, and a cheeky afternoon nap, we decided to drive to Framlingham Castle.

Related: What to do in Sutton Hoo

Why? Well, I love me a castle, and it’s dog friendly!

Dan and I were famished when we arrived, so before we began our historical adventure, we popped into Castle Inn, the pub just outside the walls, for a bite to eat. I did check that they allow dogs before we arrived, but all concerns were squashed as soon as I spotted the grey staffie in the corner of the bar – the very same grey staffie who spent the whole time we were there desperately trying to play with Ted, although her owner decided she was too big and unpredictable for a doggy meeting.

Lunch was quite pleasant: we had sport on the TVs, clean floors, and delicious food. I can’t remember what Dan ate, but I had a super tasty bacon, brie and cranberry sandwich, with salad and chunky chips, which I would definitely recommend!

Entrance to the castle itself is £11 for an adult, but with family deals available. Since the castle is part of English Heritage, we were offered membership to the charity, but I had to decline as I’d literally just signed us up to National Trust (maybe next year). There we were given our wristbands for entry and made our way towards the gate.

And once we entered, we were somehow transported to some sort of Game of Thrones, Medieval, Comic Con fusion of a festival, with people wandering in full armour and capes, huge striped tents full of 13th Century memorabilia, and the unmistakable scent of meats. We had no idea that we would walk in on a Medieval festival, so it was a lovely surprise for us, especially since it was a one day event!

Since dogs are allowed everywhere in the castle except the cafe, Dan and I decided to take Ted up to the battlements for a wall walk, not for Ted’s benefit though, we love a good stroll around historical walls – saddos. There is a one way system to the walk, and as soon as we reached the top, I spotted a grand building in the distance that looked vaguely familiar – of course it was Framlingham College, the private school! What other school would be located in such a glorious and green landscape?

From the walls, we had a fab view of the festival, and were able to appreciate the culture and history of the location. Although the castle is now mostly in ruin, some of the more interesting aspects of the architecture remain, including chimneys, fireplaces and arches. The walk did make me realise something though: the walls of Winterfell in Season 8, episode 6 were unrealistically low.

Don’t fret – there’s a little more to Framlingham Castle than just walls. The old workhouse is still intact, and is now used as a museum, cafe and shop. In the museum, there are some interactive exhibits relating to the Tudors (since the castle is where Mary I was proclaimed queen), the Victorians (since the castle was also used as a workhouse), and a lovely display of 18th, 19th and 20th century artefacts from the local area.

However, I’m not sure the visit would have been worth it if the festival had not been there. There was certainly a buzz around the place, which culminated in a melee of men in full suits armour battering each other for our entertainment. Although we left before it had ended, it was quite an entertaining spectacle that was worth a watch. It’s a shame we were at the back of the crowd and weren’t able to get many good shots of the faux medieval warfare!

I did walk away from Framlingham Castle with a similar feeling as Hampton Court, but with not quite so much disappointment. Luckily we visited during an event, and it added a little spice to the day for I think it might have been a little dull otherwise. That being said, it’s a cool little place to spend an afternoon, especially if you are a fan of walking, or a fan of photography: there are some brilliant views. At least Dan had a good time – I think!

Related: What to expect from a visit to Hampton Court Palace

There are events all year at Framlingham Castle, so if you’re considering a visit, make sure you check the English Heritage site and choose wisely. 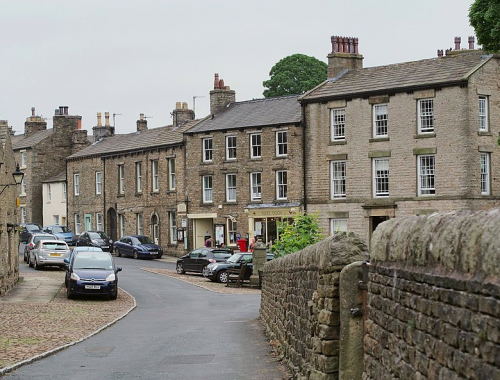 Six great places you should visit in East Berkshire

What To Do At Sutton Hoo