The red brick and sheer size of Hampton Court Palace truly reiterates the power that lived there. It was the home of King Henry VIII, remodelled by William III and last lived in by George II. Now, the palace is a popular tourist attraction, and filming location for huge movies including The Favourite (2018) and Cinderella (2015).

At over £20 for an adult, and frankly a difficult journey to get to, it’s not an attraction for a cheap afternoon out. Despite its grandeur, I found the palace quite underwhelming. There’s a lot of empty space that in other palaces and castles would be filled with antique objects and relics of the era. There are rooms dedicated to the kings that lived there, so it isn’t a giant shrine to King Henry VIII, but there could be more information given for the lesser recognised monarchs.

When exploring castles, I want to be visually stimulated at every turn, but the rooms at Hampton Court Palace were so huge that I found myself searching for something interesting to focus on. This is obviously with some exceptions, like the image below.

After wandering for what honestly felt like miles in the giant square palace, we found the gardens. What is quite fascinating is the dramatic change in architecture – compare the first image to the one below – you can clearly see the Tudor influence of the first with turrets and battlements, and Baroque columns with large, long windows.

The gardens are vast and well tended, but we only walked through The Great Fountain Garden. I particularly enjoyed the collection of yew trees shaped like mushrooms. At the far end of the garden, you have views of Hampton Court Park, separated by a railing. In the distance we spotted a handful of deer minding their own business.

I think if it were a warm day, where you could really enjoy the gardens. If there were a specific exhibition to see, I would have enjoyed the experience much more. Unfortunately, I was comparing Hampton Court to other castles I’ve visited, and I’ve realised I much prefer a non-royal one. They’re a little rougher round the edges, a little more intimate, and more likely to be stuffed with antiques to examine.

What’s your favourite castle or royal house to visit? Let me know in the comments.

How we spent an afternoon visiting Canterbury 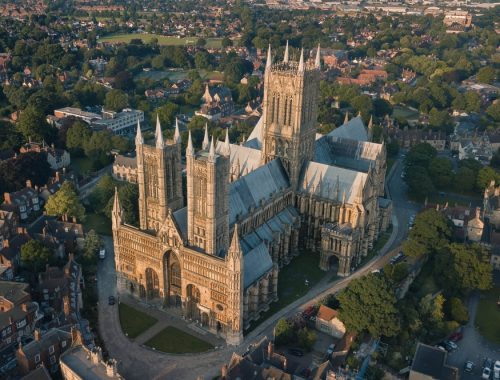 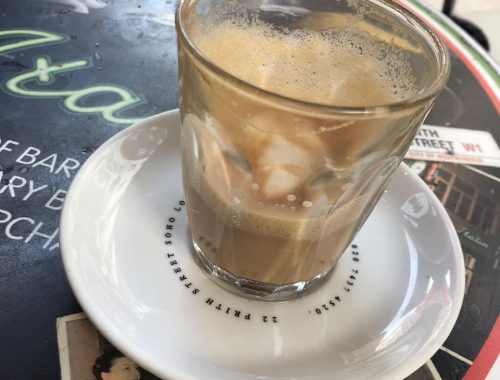