It’s a well known stereotype that all English people speak like the Queen, have bucked teeth, and love tea. Real tea – a full bodied English breakfast tea. None of that iced tea, ginger and honey, chai stuff, no, real tea.

Related: Enjoy a perfect afternoon tea at By George of Thundersley

I’m sorry but I’m going to burst some of that bubble. I have a rather eclectic accent and thanks to braces when I was 12 years old, I don’t have bucked teeth, but I would go so far as to say that it’s a fact that the English love tea.

Historically, tea is hugely significant to English life. It was actually a type of green tea that was first sold in England in the 17th century and was tried and tested by aristocrats, royals and social commentators alike. Even Samuel Pepys (the guy who recorded the Great Fire of London in 1666) wrote about trying it. But, the real stinger is that tea was much more expensive than coffee, so only the wealthy were able to consume this luxury foreign beverage.

Therefore, tea became associated with the upper classes, the elite, and probably why if Brits are ever presented in US movies and TV shows, they speak the Queen’s English and are holding a cuppa.

As time progressed, tea became a symbol of Britain’s colonial impact, which I appreciate in the 21st century is not so glamorously supported, but in the 18th and 19th century, Britain thrived on its worldly status. Black tea became more popular with the introduction of sugar (again, an impact of colonialism), prices fell, the middle classes jumped on it, and tea as we know it today was created.

I’d say tea isn’t the staple refreshment of the upper classes anymore. The modern tea drinker is wearing a high-vis, with dirty knuckles wrapped around a strong brew in a paper cup. Or they’re knocking back a scalding, sugary concoction as quickly as possible, hiding from 30 teenagers in the staff room, wondering what they’re doing with their lives.

No, we tea loving Brits don’t really think about the history as we sip on our boiling cup of delight.

We do however think about the delicious biscuits and scones we always have alongside, as well as inwardly tutting at those who commit the atrocity of not making the tea the right way – teabag, hot water, milk, sugar, stir, then remove the bag. Not to mention those who don’t own kettles and boil water in the microwave – whaaaat?

The real reason the English love tea is that there is never an occasion where tea won’t help, except perhaps during a bout of heartburn. Your partner’s dumped you? Have a cup of tea. Nervous before your wedding day? Put the kettle on. Your nan’s popping over? Better wash up those teacups. It’s been a long day at work. ‘Tea please.’

Funny enough, a cup of tea is always the signal to the end of one of my group of friends’ house parties! Around 2am, when we can barely string a sentence together, someone says ‘Put the kettle on,’ and the alcohol fuelled jolly up becomes a mother’s meeting. With Digestives of course.

But a hot, sweet, milky tea can cure any nerve and soothe any soul. It’s an excuse for us to snack on baked goods. We are a nation of gossipers, so what better way to hear about Auntie Sandra’s new job, or that your cousin Tom is having an affair, than over a cup of tea? Plus, what’s a better excuse to get dressed up in your fanciest clobber than an afternoon tea in a swanky restaurant?

Related: Why not try afternoon tea at Vicinity, London?

The Spanish have their Sangria, the Italians their espresso, the Germans their beer. I know that I would rather have a cup of tea any day.

Go and make yourself a cuppa now, and why not read another fabulous post on BritVoyage while you enjoy it? Here are some of my favourites:

Enjoy a perfect afternoon tea at By George of Thundersley

Hometown Glory - Why I Love Benfleet

Back to School Prep for Sept! 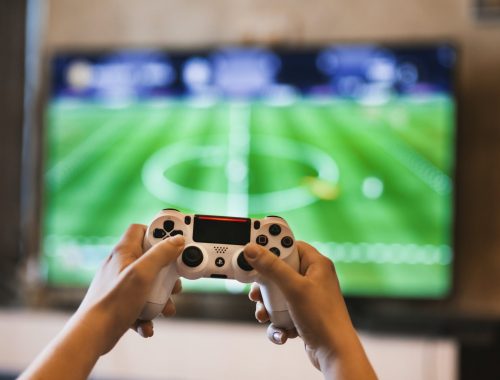 Gaming based online dating ideas you have got to try