Our next stop in our trip to the Yorkshire Dales was Ingleton, a deceptively large village surrounded by fascinating history, geography and geology. After using the car to explore the southwest areas around the Yorkshire Dales, we reached Ingleton and promptly got lost attempting to locate our hotel on the hilly, winding main road. Eventually, we arrived at the Wheatsheaf Hotel.

In comparison to The Lister Barn, the Wheatsheaf Hotel is nowhere near as luxury. However, at £170 for a triple room for two nights, it was a bit of a bargain. All rooms are charmingly named after waterfalls on the Ingleton Waterfall Trail, and our room was Thornton Force. We stayed in the pub all night for a tasty dinner and a few drinks in preparation for the next day.

We awoke to a monsoon, but forced ourselves out to complete the 8km Ingleton Waterfalls Trail. Little did we know, it would be the best decision of the day! What city people like us didn’t realise is that the heavier the rain, the harder the waterfalls, and boy did we see some magnificent waterfalls.

The path can be quite treacherous, with wet ground, steps and wild roots, so is not suitable for wheelchairs or buggies. Dogs can be taken on the trail, but due to the safety aspect of, you know, waterfalls, I would keep them on a lead at all times.

In the middle of the trail, you cross farmlands at the foot of Ingleborough. It’s this part of the walk where I was utterly exhausted.

Then, the farmlands end, and you get to see a few bonus waterfalls.

By the end of the trail, you walk alongside an impressive limestone shelf, not too dissimilar from Malham Cove, although significantly smaller. The trail took us nearly two hours, and we were famished.

After a lunch of jam sandwiches like Paddington, it was about 2pm, and a wave of madness washed over us. ‘Let’s go and climb Ingleborough,’ Dan said, and I agreed, even though my legs were jelly from the Waterfall Trail.

Ingleborough is the closest mountain to Ingleton, and the second tallest in the Yorkshire Three Peak Challenge (which you can do from the Wheatsheaf Hotel as a start point) at 723m. The whole journey is around 12km, but by the first km, I was near to tears and wanted to turn back.

But we persevered onward, taking on the climb like a professional and sulky toddler. I was the toddler. The walk is actually quite beautiful. We passed fields of cows, a farm, a small running body of water, and some limestone rocks. About half way into the ascent, we stumbled across some teenagers doing the Yorkshire Three Peak Challenge for their Duke of Edinburgh award. Although I didn’t say it, I felt horribly inadequate.

The last 200m is a steep climb. As the summit came into view, we were distracted by a roar of an engine. Behind us, or rather below us, an RAF Typhoon blasted past, sending explosive echoes bouncing off the mountain. The planes are incredible to see in the air, but seeing them below you is sublime, and it is then that we realised that we could see everything. To the right is Whernside, in the distance is Helvellyn, to the left, you can just make out Lancaster.

From the top, it’s an entirely different story. We braved the climb, but as we hit the summit, a heavy fog confined us to the spot. The temperature dropped well into single digits, and left me terrified we’d be stranded forever.

Evidently, we weren’t however, after a jam sandwich and 7 mile walk, we seriously needed food! By 7pm, almost everywhere had stopped serving food. What sort of lifestyle is this? All that remained was M.S Spice, an Indian restaurant which admittedly seemed bizarre in a Yorkshire Dales town. Well, it was a good job everywhere was shut, because that dinner was one of the best Chicken Tikka Masalas I have ever had. The staff were polite and attentive, and I did notice that the background music was Bollywood remixes of R&B songs. I would definitely go back.

On the second morning, before our drive to Hawes, for our next leg of the trip, we popped in to see the White Scar Cave. Because of the heavy rain during the night, the surrounding areas had been flooded and the caves were temporarily closed for safety.

Dan’s sister and nieces visited the same attraction on our recommendation and the caves flooded while they were inside! We preferred it this way round.

So we got to have a look at the rather grand Ribblehead Viaduct, where we argued about their purpose. I thought they carried water. I was wrong!

Eventually, White Scar Cave let us in, and left us awestruck. It’s the longest show cave in England at a mile in length. The 80 minute tour is well worth the £10.35 price. Be aware that dogs cannot go into the cave.

Our trip to Ingleton was over, so we hopped back in the car to continue our Yorkshire Dales adventure.

Next stop: Hawes – Waterfalls galore and a castle.

Thoughts to consider when getting a new puppy 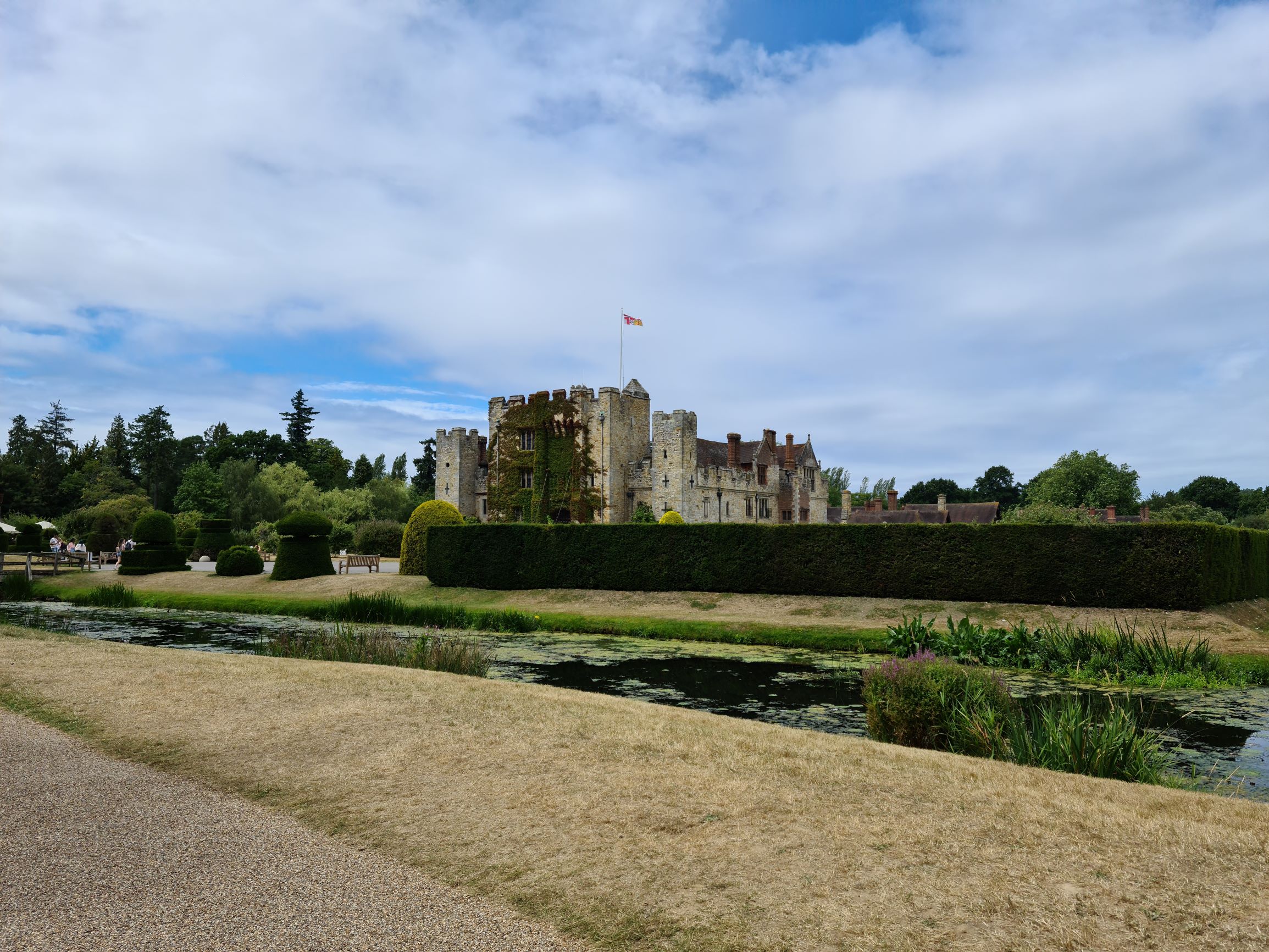