Carew Castle is a partially restored, Norman/Medieval structure, situated close to Tenby and Saundersfoot. It was inhabited from around 1100s, and changed hands (and allegiances) multiple times throughout its history. Alas, like many Norman keeps (take Bolton Castle and Middleham Castle for example) it was damaged during the British Civil war and left to fall into ruin.

Related: Stay in Saundersfoot Next Time You Visit Pembrokeshire

The tidal mill also has a colourful history. Historians have speculated that there had been a mill in this location since the mid 16th century. The current building dates from the early 19th century, which you would recognise by instantly looking at its design. Although it is no longer working, the machinery and structure are well restored, and are kept intact.

On the day of our visit, we cheerfully approached the roundabout that took us to Carew Castle. We arrived early enough to find a spot almost at the gap in the gate leading to the path.

I felt a pang of disappointment while walking up the path. Dan marched ahead, but I know he would be feeling the same dejection I did at the sight of white marquees and scaffolding. A few days before, there had been an event, and the staff were yet to pack everything away, therefore ruining a number of our photos. In comparison to Manorbier, only a few miles away, the castle seems tiny. The courtyard is less than a quarter of the size, and appeared even smaller with the groups of families sat on the damp grass around the edges.

Holding on to Ted, I peeked into the rooms and realised where I’ve been going wrong. The walls are three or four stories high, towering over us in what used to be a room. The sheer grandeur of the building became clear. In one area, we discovered a pillory, and in homage to our first UK trip together (we rammed our heads into a double pillory at Shakespeare’s Birthplace in Stratford-Upon-Avon) we each had a turn, then held Ted up for a hilarious photo.

Somehow, we found ourselves inside the castle, in what seemed to be a basement area: dark, cold, and damp. A set of stairs led up to the unknown, so with Ted in tow, we began our ascent to a labyrinth of halls and walls and hidden nooks. On the first floor, it was still quite dark, but doe include a charming kitchen area. On reaching the second floor, we were greeted with a brighter experience, as the windows are larger, more ruined, and offering us more light. Ted had a great time exploring and marking his territory along the way; Dan and I played an unspoken game of hide and seek.

Evidently though, we didn’t learn our lesson from our previous explorations of Manorbier, as we again found ourselves standing at the top of a small, spiral staircase in Carew Castle with a fidgety dog.

Somehow, we escaped and moved over to the opposite side of the castle to another smaller hall. There are towers on either side, but on inspection of the left side, we discovered that it’s closed to the public due to a bat infestation. A morbid curiosity flooded my mind. I sort of wanted to see the bats, but at the same time, I am utterly terrified of them. My heart rate surged at the memory of the bat infested caves Dan and I swam through in Mexico, an experience I created a soundtrack of yelps and squeals for. There was one final set of stairs accessible to the public on the right. I explored to discover a room that offers a magnificent view of the tidal mill and estuary.

I leaned on the stone window frame, imagining myself as some sort of historical aristocrat, gazing out at the vista, and forgot entirely about Dan, Ted, and the bats for a moment. If only my photography could do the sight justice!

Alas, my ears pricked at the distant sound of Dan’s stomach rumbling, and Ted’s howls of abandonment. It was lunchtime, and I was pumped to try something delicious. Lunches had been disappointing in the past two days, but we were far too hungry to bother searching for somewhere to go. Just outside the entrance of Carew Castle is Nest Tearoom, the café we passed and ignored on the way in. So, in anticipation of rain and a scarcity of dog-friendly eating establishments, Dan and I grabbed a seat outside by the door. Yes, the food was delicious.

Enjoying Carew Castle was certainly a pleasant surprise! Regretfully, we didn’t visit the mill. The day was starting to brighten, so we decided to take a trip to a beach instead. I guess we’ll just have to make it our first stop next time.

Why Not Take a Boat to Caldey Island? 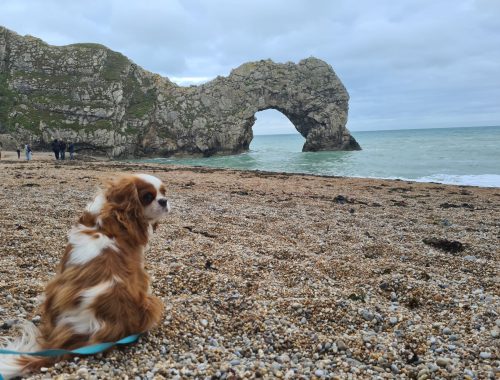 The best way to visit Lulworth Cove and Durdle Door 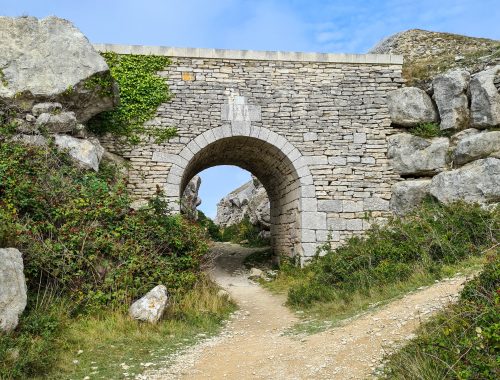 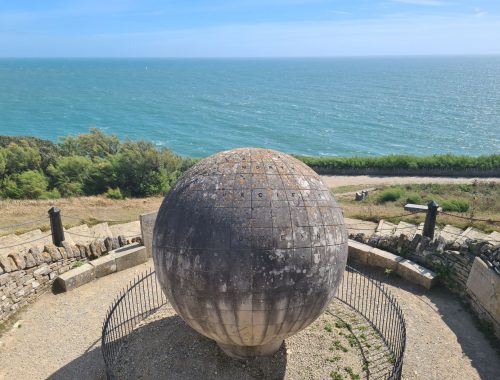 The best dog-friendly spots for a day out in Dorset