As I’m sure you have seen, the Black Lives Matter movement has erupted into the media once more following the horrific murder of George Floyd in Minneapolis. Police brutality is just one of the aspects of systemic racism in the USA, and its clear they haven’t come far enough following the civil rights movement of the 1960s.

Here in the UK, we probably argue that we are ‘not as bad’ as the USA. Perhaps, but many of the black and ethnic minority individuals I follow on Twitter, Instagram and Facebook argue that this isn’t the right choice of semantics – systemic racism is present in the UK. The words ‘Grenfell’, ‘Windrush’, and ‘Stephen Lawrence’ are on lots of people’s minds. Even some teachers are writing to admit that their schools are systemically racist, acknowledging that ‘Seventy per cent of our total number of detentions are given to black students, and 85 per cent of our fixed-term exclusions are meted to black students – quite a disparity, considering that black pupils make up only about 50 per cent of the student body. ‘

Tatiana Mac has been vocal in sharing ways that we can make changes to systemic racism – which applies to us in the UK too – and one is below. ‘Build Black authors into your life‘. This is something I have been doing for some time and truly believe in.

2️⃣ You’re in 3 book clubs with loved ones cramming for the anti-racist test now. Set monthly recurring reminders to write short reflections; mistakes made, lessons learned. See your own progress.

Andrea Levy was an English author, born in London to Jamaican parents. Her father actually came to Britain on the HMT Empire Windrush, which as we know is currently the centre of a British scandal. She is best known for the novels Small Island (2004) and The Long Song (2010) which explore the lives of British Jamaicans and how they deal with their culture and identity. She sadly died in 2019 from breast cancer.

Small Island is one of my favourite novels. It’s an entertaining but heartbreaking text that covers the lives of four main characters (Jamaican born Hortense and Gilbert, and white British born Queenie and Bernard) in 1948. Levy tells a story of love, acceptance, and sacrifice, while exploring the severe struggles of racism in a post-war society. I read it at 18, and couldn’t put the book down – I assure you, I sobbed through the whole final chapter.

Chinua Achebe was born in the Igbo town of Ogidi in Nigeria. He was initially going to study medicine, but changed his degree to English Literature, going on to become a hugely influential novelist, poet, professor, and critic.

Things Fall Apart is considered Achebe’s masterpiece. Written in the style of a legend, it follows the tragic story of Okonkwo, a well respected figure within his village. It is soon made clear that the story is set during the colonisation of Africa, as the second part of the book introduces white people and the impact that British colonisation has on Igbo culture and Nigeria.

3. Half of a Yellow Sun – Chimamanda Ngozi Adichie

Chimamanda Ngozi Adichie is an incredible Nigerian writer. She’s studied medicine, communications and politics, and creative writing, and is an outspoken feminist. Her family lost almost everything in the Nigerian Civil War (1967-1970), which influenced her to write this particular text.

Her novel jumps between time periods before and during the Nigerian Civil War. Like Levy’s Small Island, Half of a Yellow Sun follows the lives and struggles of five key characters. Ngozi Adichie’s writing captures the fear and brutality of war, while also tackling a number of key themes, including politics, identity, female empowerment, and the importance of education. This novel educated me of the Nigerian Civil War when I read it in 2008, and should be on everyone’s reading list.

Candice Carty-Williams is a British writer, whose debut novel, Queenie, has become a bestseller. Carty-Williams’ success is demonstrated through a bidding war for Queenie by four publishers, and her 2019 Blackwell’s Debut Author of the Year award. She also founded the Guardian 4th Estate BAME short story prize to raise other authors like herself.

I’ve written a whole review about Queenie, but in short it’s a frank depiction of what life for a black British woman is like. Carty-Williams used aspects of her own life as inspiration, especially in the dating world, as described in a Guardian interview. Although some parts of the novel are truly horrifying, it’s a brilliant, humorous story, and a must read.

Yaa Gyasi is a Ghanaian-American novelist. Homegoing, her debut novel, is a multi-award winning text, therefore making Gyasi one of the most celebrated new authors. A 2009 trip to Ghana served as the inspiration for her novel.

The structure of HomeGoing is particularly interesting: covering several hundred years, numerous key events in Ghanaian history, and following multiple characters. It begins with two sisters Effia and Esi, and the plot follows the stories of their descendants in West Africa into the USA. A key beginning theme is colonialism which transitions into themes of racial disparity and discrimination in the USA.

Khaled Hosseini is an Afghan born, American novelist. He moved to the USA at 15, prior to the Soviet invasion and wars. He has published three novels, in which key events are set in Afghanistan, with an Afghan protagonist. Hosseini has admitted to feeling survivor’s guilt for being able to escape the horrors of war in Aghanistan.

A Thousand Splendid Suns follows the intertwining stories of two women: Miriam and Laila, who find themselves married to the abusive Rasheed and living in a war torn Kabul. Hosseini carefully presents the lives of women living under the strict religious rule of the Taliban with realism and hope, for there is certainly somewhat of a happy ending – much like The Kite Runner, Hosseini’s first novel.

Samuel “Sam” Selvon was a Trinidad-born writer who wrote the 1956 novel The Lonely Londoners. In his text, Selvon uses creolised English, quite unusual for its time, within dialogue and narrative, therefore rejecting the typical Standard English expectations for literature.

What is most interesting about this novel is that there is no plot as we might recognise in other texts. Instead, Selvon depicts the daily lives of black men from the Windrush generation. Like Small Island, we see the struggles black people faced at the time, especially the isolation and loneliness of life as an ethnic minority.

Bernadine Evaristo is an advocate for the inclusion of writers and artists of colour, founding the Brunel University African Poetry Prize in 2012. She has written eight fiction texts, and Girl. Woman. Other was awarded the Booker Prize in 2019.

Girl. Woman. Other is a text that has similarities to some of the previous ones on this list. Each chapter represents one of 12 BAME characters whose lives in the UK intertwine. Evaristo also addresses a number of themes like intersectionality, feminism, politics, and sexuality. After at least four recommendations from friends, this one is already in my basket, ready to be delivered.

Kazuo Ishiguro is a Japanese born, British writer. His novels are incredibly popular, having won numerous nominations and awards, and therefore is one of the most celebrated contemporary fiction authors.

Though Never Let Me Go isn’t explicitly about racial tensions, identity within a dystopic society is a central theme. The plot covers the concept of cloning and genetic science, where people are created solely to donate their organs to others. Of course, there are parallels that can be drawn between the lives of the characters and the lives of people who are used by society for their bodies, whose lives are ‘throwaway’ – perhaps like low paid NHS workers and carers, who are often part of the BAME community.

Malorie Blackman is a British writer and was Children’s Laureate from 2013 to 2015. Unlike the others in this list, Blackman’s target audience are children and young people, allowing her to educate readers at a younger, more mould-able age.

The Noughts and Crosses series is a well loved Young Adult collection, following the life of Persephone Hadley, and her descendants. Blackman sets her series in a subverted hierarchical United Kingdom, where instead of a history of white colonialism, Africans colonised much of Europe and America. Therefore, in her text, black people are the ruling power in society, though it is not clear whether they are a majority or minority. Racial tension underpins the majority of her five novels (a six is planned) and Blackman presents themes of protest and terrorism alongside love stories.

Which of these books have you read, or are you waiting to read? Or have you got any other books by BAME authors to recommend?

Related: World Book Day – My favourite books OF ALL TIME

Stay in Saundersfoot Next Time You Visit Pembrokeshire 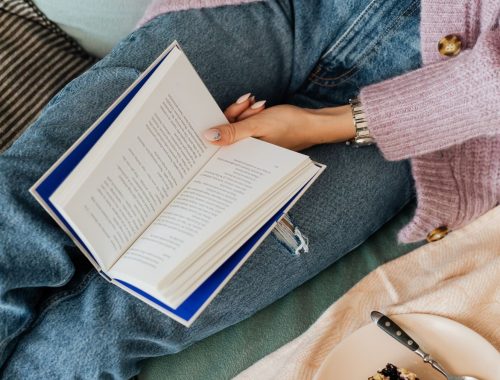 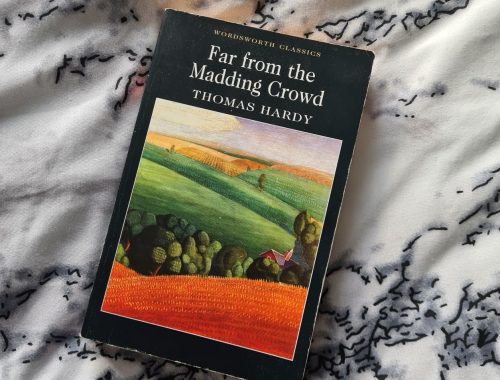 Far from the Madding Crowd by Thomas Hardy – Book Review 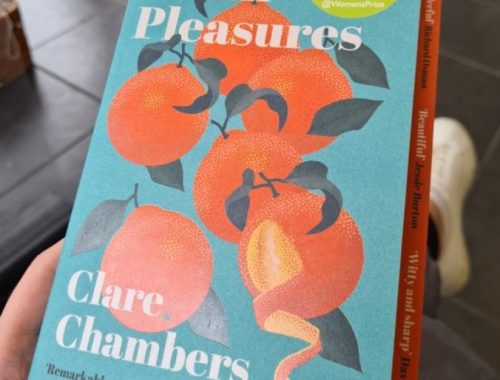