On a trip to King’s Lynn, I grabbed the opportunity to spend a couple of hours in a royal residence. Sandringham house and gardens, located in the wider country park estate is only a 15 minute drive from King’s Lynn – the north western corner of Norfolk. It’s where the Queen and her closest family members choose to spend Christmas. We’d decided to visit on a day where we didn’t have Ted. Sandringham Country Park is vast and dog-friendly, but the house and gardens are not, and in my mind, what’s the point of going if you can’t nose at the Queen’s bits and bobs?

Related: Things to do in King’s Lynn if you have one day

So, on a drizzly Saturday afternoon, I dropped Dan off at a football match, and drove to the estate with the baby in the back. We drove up the long estate road from the A149 towards the car park, and turned at the welcome sign. My first surprise was to see signs informing me that I had to pay for parking! Cheeky – the woman has two palaces, three castles, and an estate. I was on maternity leave and earning nothing!

My initial horror was quelled though, as Chunks and I passed the enormous children’s play area to visit the ticket office and have our E-ticket validated. The lovely member of staff there informed me that those with tickets to the house and gardens were entitled to free parking – relief – and I had to punch in my registration plate into a digital system there.

She advised me to take the two minute walk past the entrance to the house and gardens towards the church first, so we did. It’s a pretty, little building, even in the pouring rain. Although the main way up to the church is via steps, there is a winding ramp which I took full advantage of with Chunks in the pram. We didn’t go into the church, though reports say it is stunning – it was raining, and meant we would have to wait in a queue. Instead, we wandered around the small graveyard. I find them fascinating; I always look for recognisable names, or someone who died incredibly old, or incredibly young. Many of the gravestones list people who died in the last century, which is surprising. I suspect they are people who lived on or around the estate.

After a nose at the church, which is actually accessible to visitors of Sandringham Country Park, we made our way towards the house. To reach it, we had to make a five minute walk through the gardens – though it might have been a longer walk had I not been marching through the rain. At the house, we were greeted by polite, smiling staff, who advised me that I could take the baby through the house in the pram as it is accessible for wheelchairs, or I could carry her. I decided to transfer her from the pram to the carrier, and the man at the entrance didn’t hesitate to offer to help me. I also decided to take one of the information headsets to know a little more about what I was looking at.

Now, you’re not allowed to take photos of the rooms in Sandringham. The Queen prefers that people don’t share photos of her personal possessions on social media, and I kind of get it. So, unfortunately, I have no photos of the interior to share, but I’ll describe as much as I can remember for you. I may be slightly off.

It’s quite a modern house in comparison to other royal (or ex-royal) estates I’ve been to, and that’s because it was purchased by Queen Victoria for her son Edward VII in the mid-1800s. Most of the decor is Victorian or younger, which is quite a change from looking at Tudor or Stuart artefacts. The first room you pass is the Saloon, where the Queen and her family spend their evenings. There are lots of ornaments and knick knacks on tables, with quite a few sculptures of owls. It would drive my mum potty – she’s always telling me off for having ornaments on things! At the far end of the room are the sofas arranged to face each other, perfect for conversation or games, and pressed against one wall is a large table with a green felt top. The headset told me that every year, the Queen does a jigsaw there every year.

We then walked through a dark corridor decorated with swords and things, before entering another long room with paintings and display cabinets. From what I could gather, Queen Alexandra (wife of King Edward VII) decorated much of the house, and she clearly preferred light greens, pinks, and whites in this room. Through a door to the right when you enter the room is a small drawing room, decorated with bespoke silk wallpaper. Fancy!

Visitors then pass through into the dining room – the only dining room in the whole house. It’s another pastel teal room (I think), and was set up for dinner, with silver cutlery. In the centre of the table is what I think was a Grand National trophy, but definitely a trophy of some sort, which the Queen likes to have filled with fruit or flowers every day.

We then walked through a gallery displaying hunting rifles and sculptures of horses. It seems Edward VII particularly liked collecting rifles, but there was also one which belonged to Queen Victoria. Hunting and horse racing have been preferred hobbies of the royal family for generations, and its something that I just don’t get. In my mind, the royal family and landed gentry should be the pinnacle of class and morality, but I just can’t see why killing animals, or putting them at risk of injury, is ‘classy’. Perhaps it comes from attitudes of superiority – if you feel superior to other humans, of course you’re going to use animals as play things. It’s definitely an area of their lifestyle that loses my respect.

But that’s a discussion for another time. The final room is the one I found most interesting, and not because of the royal family at all. On display in the ballroom is the very flag carried by Robert Falcon Scott on his ill-fated expedition to the South Pole. It’s a strange connection, but my ‘House’ at work (yes, British schools really do have Houses like Harry Potter) is named after him. It was the only thing I really wanted to take a photo of!

Then we were back in the gravel courtyard. The public are only allowed to enter four rooms of the entire house, which I think is a little disappointing.

We then walked a lap of the gardens, taking a diversion to nose at the stables and museum, but I think the museum was closed. There are pretty aspects of the garden, without doubt, but it felt more like a park than a ‘garden’. Especially when comparing it to places like Hever Castle, Ightham Mote, or Penhurst Place.

The area around the lake is particularly pretty, and we did spot a small family of ducks sniffing for treats. Perhaps we rushed the walk: it was raining, and I had a hungry baby. I can imagine it is very beautiful on a sunny day, with lots more time to spare.

The Café and Shop

Visitors to Sandringham Country Park can stop for a coffee or a bite to eat at the café. From what I saw, there were a collection of sandwiches and cakes, some gluten free too. The coffee is made in a separate area to the tills in the café, so while I waited for my latte, a few people came in to order coffee, were ignored by the staff, and soon realised they had to pay on the other side of the café. There were only six tables outside under the wooden pergola, but a lovely couple offered me the end of their table to sit on. So I munched on a lemon and white chocolate muffin, while Chunks munched on a dinner pouch and baby wafers.

Our last stop was the shop which is stocked with Sandringham Estate branded merchandise. One corner of the shop is full of honey, preserves, gins, and chocolates. The rest has a collection of homeware items and stationery on display. In the end, I settled on a box of fudge and made my way back to the car, saying goodbye to Sandringham Estate.

Like Water for Chocolate by Laura Esquivel - Book Review 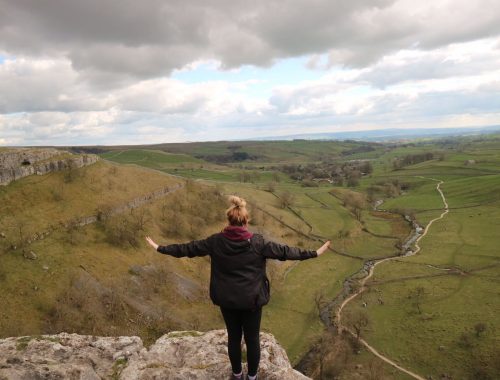 The Malham Cove Walk is so easy, even you could do it! 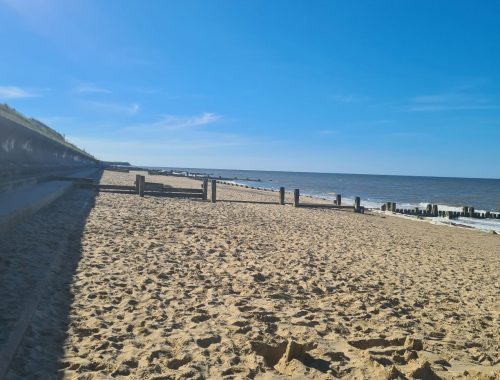 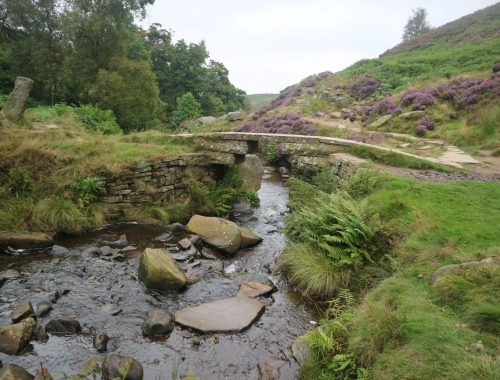